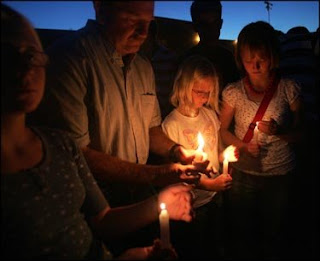 I just got home from a Prayer Vigil for Viola Barrios- for those of you who live in San Antonio you are fully aware of the story-- for those of you from out of town- a very well known restaurant owner was robbed, murdered and her home burned. 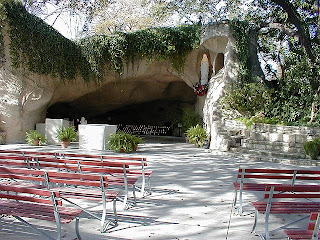 Well, tonight led the community to the Grotto, pictured above...but picture it lit up with candles and lightning bugs-there was not an empty seat. It was a front row view of tragedy and victory at the same time. 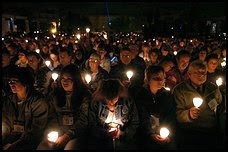 What spoke to me, both literally and figuratively, was Louis Barrios, son of Viola. He spoke with deep passion and conviction in his faith in Christ-That is where the victory comes in...

Yesterday he went next door, to the home of Joey Estrada, his mother's murderer.

He went to extend a hand of forgiveness and prayer

But, then he went even further...he begged us through tears, to "please pray for Joey and his family. He didn't know what he was doing" 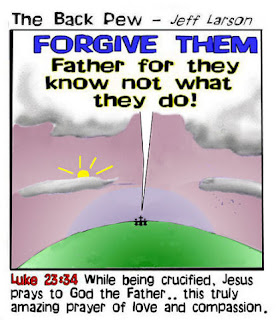