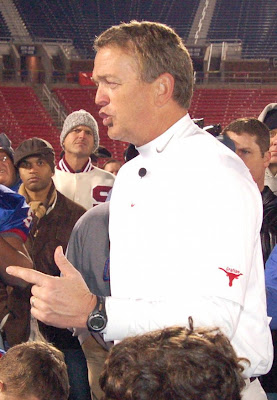 Coach Brad McCoy (Colt's dad) spoke at the Regents' fall sports banquet.
He had been the scheduled speaker for months.

He has coached for 26 years, won 4 state championships and has or is
raising his three sons to be Godly leaders, with humble servant hearts. 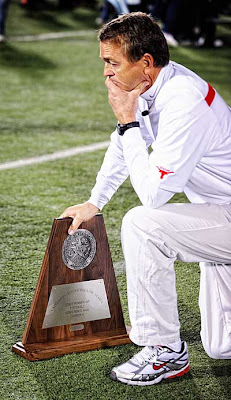 He speaks all the time on growing leaders, on
the importance of sports, football in particular, to learning life's
lessons. He had to change his talk for the night in
light of what happened to Colt at The Rose Bowl. He apologized talking about his son more than
he usually does, but he said he had to share how he saw God in this.

He said three weeks ago his high school football team, his
youngest son is a senior on it, lost the state championship by 1 point
because their kicker flaked out. Then he and his wife join Colt in New
York for the Heisman ceremony which did not go as well as they could
have hoped. 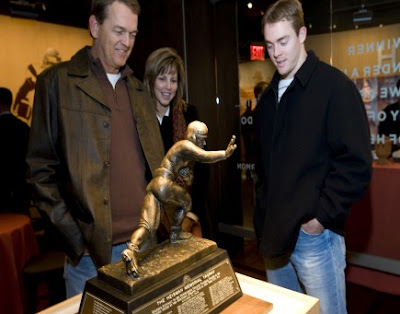 Then they get to Pasadena for the biggest game in Colt's
life, one he has been preparing for all of his life - and he plays for
three plays. 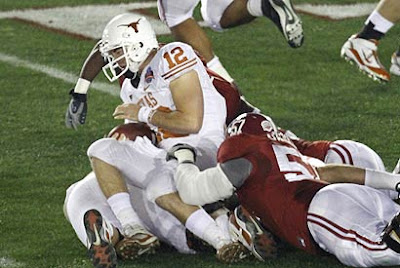 He said as soon as Colt went down he began to pray
that God would enable him to continue playing, he prayed for healing and
for Colt's heart and attitude. 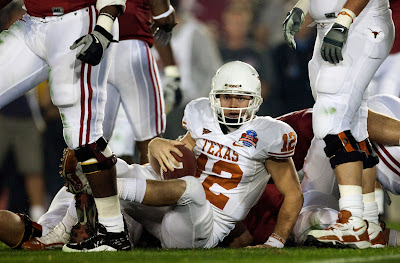 He finally made his way down under the stadium, praying the whole way, 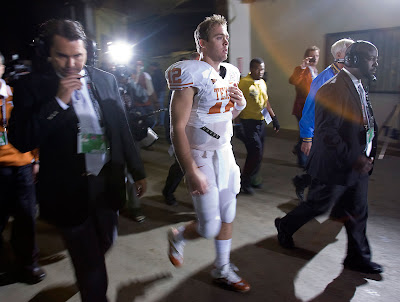 hoping to see Colt sitting up, putting his pads back on and heading
back out the tunnel. Instead, he saw him laying prone on a trainer's
table, no pads, and a tear on his face. Colt looked up at him and said
"Dad, I had them - I knew everything they were going to do before they
did it - I could have completed every pass I threw - I could see
everything and I know we could have won this game."
Brad told God that Colt could have his arm! 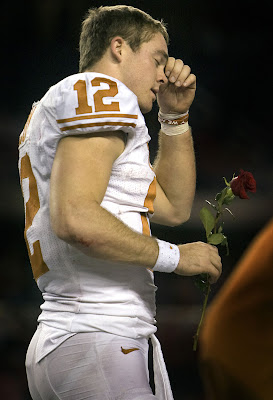 Later, Colt got up and wanted to try and throw a little, just in case he
had been miraculously healed, Coach McCoy said all he could think of
was when Colt was 3 or 4 and they would throw in the front yard 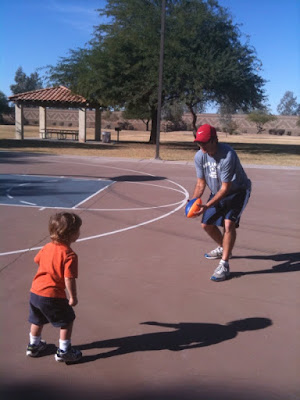 he could see that little boy in this big ol' quarterback and it broke his
heart to watch him throw as if he was using the wrong hand, like he had
to think of every step and where should his hand even be.
When everyone finally decided he was not playing,
Colt refused to let them put his arm in a sling, he put his pads back on and asked for a headset so he could help with the plays and help the new quarterback. 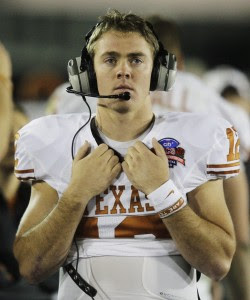 Coach McCoy was dealing with lots of emotions and was angry with God. God finally told him "Colt is fine, it is you that need some help." He said that God shared that with
him over and over all through the night - like when the game finally
turned around and the crowd was chanting "Gilbert...Gilbert" and he was
struck by the fact that this should have been Colt's stage.
He said his phone blew up from all the texts and messages after Colt spoke at
the end of the game. He didn't hear what Colt said until
Saturday morning. He did ask Colt later that night, around 3:00 am, what
he said because he was getting all these calls about it and Colt said,
"Dad, I don't remember, I have no idea." 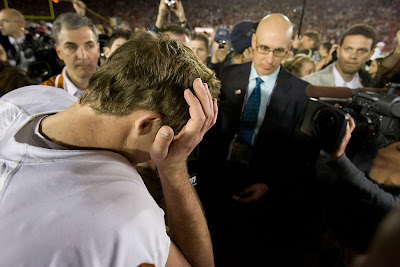 "I always give God the glory. I never question why things happen the way they do. God is in control of my life. And I know that if nothing else, I'm standing on the Rock," Colt McCoy after Rose Bowl. 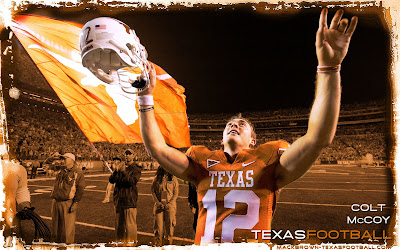 God, Thank You for being The Rock...for being available to each of us...at all times.
Give us opportunities to tell others about You, and when necessary use words.