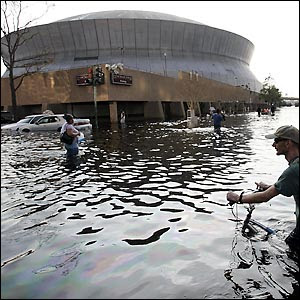 August 2005.....Hurricane Katrina blew through New Orleans....This was the third time the dome had been used as a shelter; it was previously used in 1998 during Hurricane Georges and in 2004 during Hurricane Ivan. During Georges, the Superdome had no problems related to the weather, but the evacuees stole furniture and damaged property that resulted in thousands of dollars in losses, and there were difficulties supplying the more than 14,000 people living temporarily in the dome with necessities. About a thousand special-needs patients were housed there when Ivan hit the area.

Approximately 9,000 residents and 550 National Guardsmen rode out the night in the Superdome as Katrina came ashore. The number of people taking shelter in the Superdome rose to around 15,000 to 20,000 as search and rescue teams brought more people to the Superdome from areas hit hard by the flooding. Officials set up security checkpoints, and confiscated alcohol, weapons, and illicit drugs from those seeking refuge in the building. 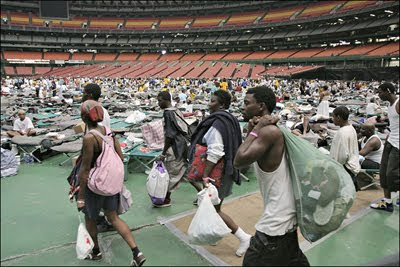 On August 29, 2005, at about 9:00 am, reports from inside the Superdome were that part of the roof was "peeling off," daylight could be seen from inside the dome, and rain was pouring in. 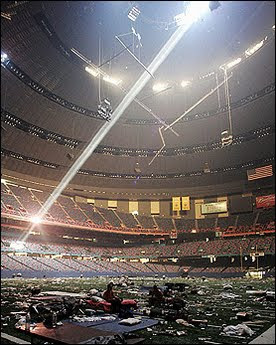 There was no water purification equipment, no chemical toilets, no antibiotics and no anti-diarrhea medicine stored for a crisis. There were no designated medical staff at work in the evacuation center, no established sick bay within the Superdome, and very few cots available. 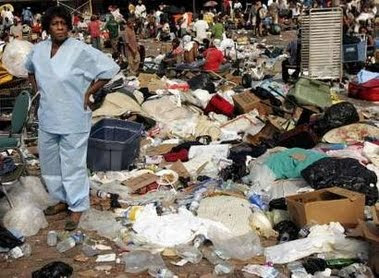 As of August 31, there had been three deaths in the Superdome: two elderly medical patients and a man who is believed to have committed suicide by jumping from the upper level seats. There were also unconfirmed reports of rape, vandalism, violent assaults, crack dealing/drug abuse, and gang activity inside the Superdome.
Speculation arose that the Louisiana Superdome would have to be demolished. 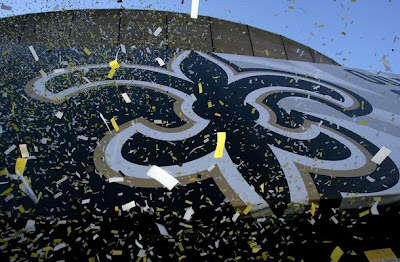 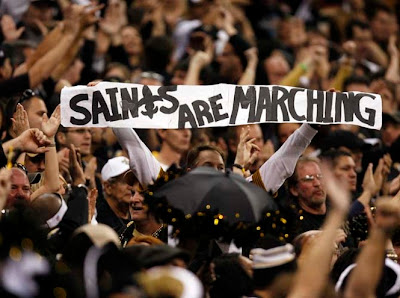 The roof that once had holes in it, now was being raised with cheers of human victory. 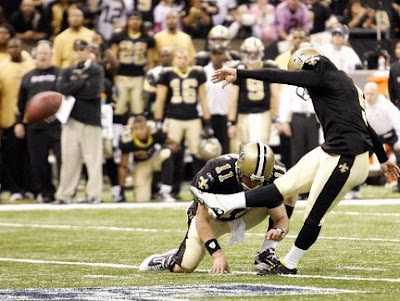 Holes that had been punched through drywall by evacuees who broke into luxury suites just to look for any type of food or water....were nowhere to be seen.
Tonight, The Superdome was filled with Faith, Hope, Happiness and finally celebration. 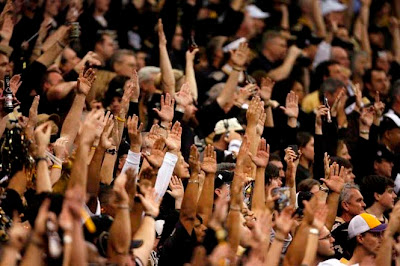 President George H.W. Bush was at the game last night. He knows the Superdome all too well. This is where he gave his famous "thousand points of light" speech. 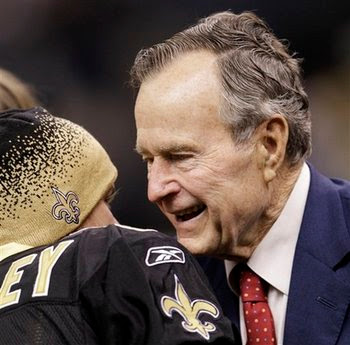 How pleased he must have been to see, this very place and the people in it
BECOME a "point of light." 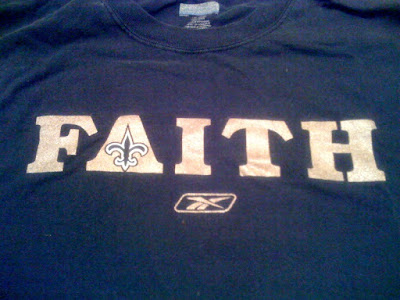 God, Thank You for Faith...and for the lessons in life whether found on a t-shirt or a football game, that in tragedy or victory, You will never leave us and and our Faith in You, WILL take us EVERYWHERE.