Thousands of Haitians are begging for help after a massive earthquake devastated their island nation.
You could hardly pick a place in the western hemisphere where a natural disaster would cause more devastation and pain than Haiti 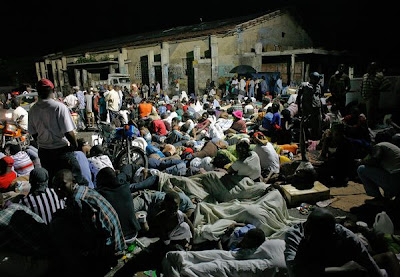 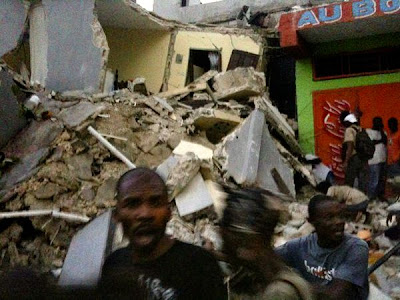 The earthquake flattened the president's palace, the cathedral, hospitals, schools, the main prison and whole neighborhoods. Officials fear hundreds of thousands are dead. 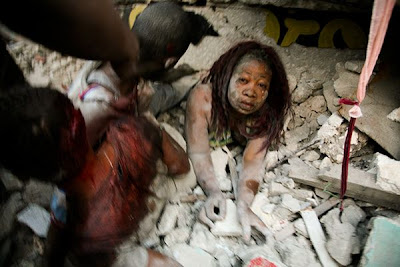 Bodies of tiny children are piled next to schools. Corpses of women lay on the street with stunned expressions frozen on their faces as flies began to gather. Bodies of men were covered with plastic tarps or cotton sheets. 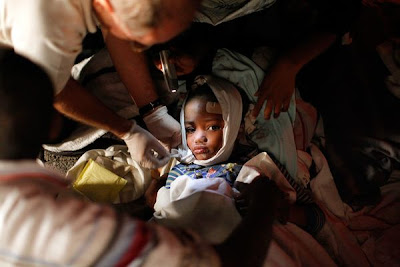 Parliament, the tax office, schools and hospitals, have collapsed.

Even the main prison in the capital fell down, and there are reports of escaped inmates
The cathedral, the archbishop's office, all the big churches, the seminaries have been reduced to rubble

Stunned people wandered the streets holding hands. Thousands gathered in public squares to sing hymns.
I want to meet the people that chose to sing hymns...the ones that knew with all their hearts, He was there, in the midst of them. 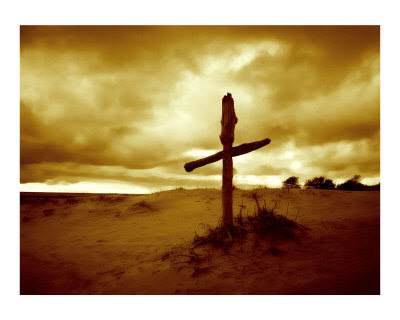