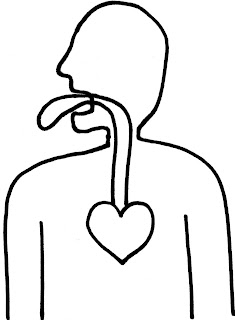 It was Moses’ heart, not his tongue, that made him a leader

Three times in the old Testament, we hear about Moses’ speech difficulties. He called himself “heavy of mouth and heavy of tongue,” saying, “I am not a man of words.”
Moses was endowed with all the qualities of a prophet except one: He lacked the power of eloquent speech. This was a deliberate act of Divine Providence, so that people would not say that the Israelites followed Moses because of his eloquence alone.
Rabbi Nachman teaches that, for whatever reason — physical or psychological — Moses couldn’t speak easily or fluently and God wanted it that way. God didn’t want the people to be swayed by a silver-tongued orator — the star of the debate team, a glib and charismatic TV evangelist type.
God didn’t want to entrust the divine message to someone who gave spellbinding oral reports with no sweat. God was interested in someone who needed his brother’s help, who spoke hesitantly and thoughtfully, who stumbled a bit, and sometimes got tied up in knots of self-doubt because he felt so much the weight of what he was saying.
A blemished vessel was just fine with God. An elderly shepherd with a tender, impetuous heart — a man of the desert, halting in his speech, a little awkward in his style — a person like that was no problem for God. A person like that could be a leader. Not because of his captivating rhetoric. But because he spoke the truth with all his heart.
God’s message came forth from him, shining pure and unadorned — and, in the end, the people felt its power.
-Rabbi Janet Marder
God, thank you for giving us the words...when we are not clearly not up to the task.
Grace and Peace,
DCC
Posted by Debbi's Blog at 10:06 AM