When the San Antonio Firedawgs left the country a month ago they were
"just another adult co-ed softball team for people with intellectual disabilities." 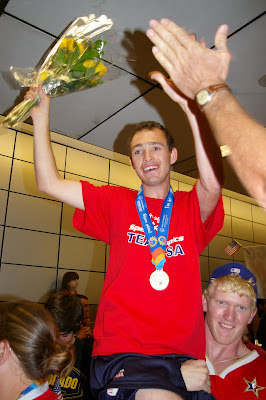 At San Antonio International Airport, on July 6th, they had a new name, 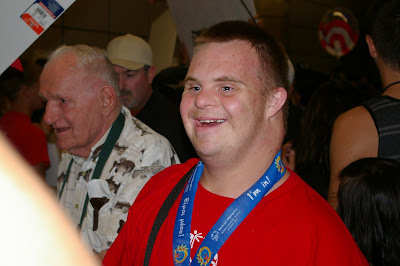 I hugged and congratulated this precious guy.
He looked me square in the eye, and said, "I win!" 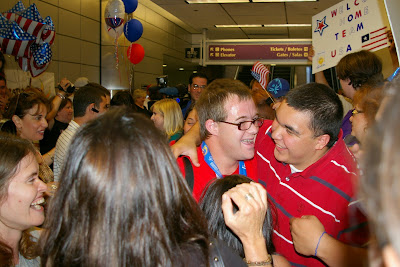 There was a huge and loud crowd of greeters for the team. It consisted of family, friends and complete strangers. They were holding signs, balloons and American flags

It was hard to tell that these Gold Medal Winners just arrived from a 36-hour plane flight, all the way from Athens, Greece. 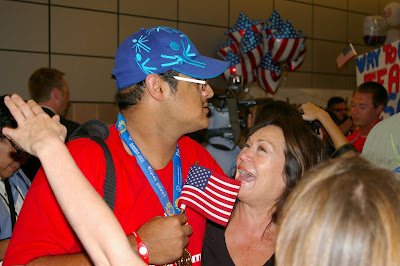 Rather than tired kids with disabilities, I saw victors, conquerors, overcomers and champions. 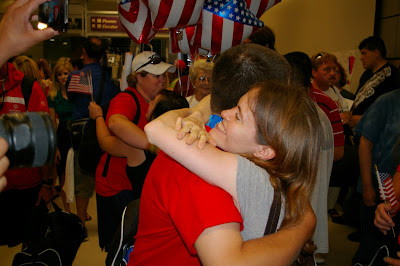 The San Antonio Firedawgs represented America, yes, of thee which I sing,
in the 2011 Special Olympics World Summer Games. 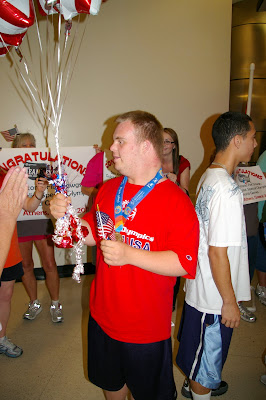 One of the mother's of the athletes said, 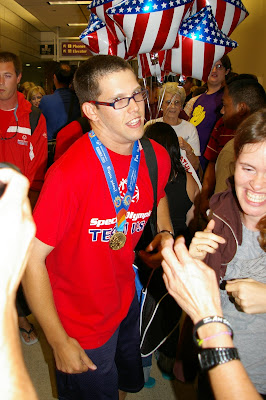 “It's an ‘in-your-face' to the doctors who said he would never do all the things he can do.
Doctors who diagnosed him with cerebral palsy had predicted that he would never walk, talk or see. Now he comes home with the gold medal. It's huge." 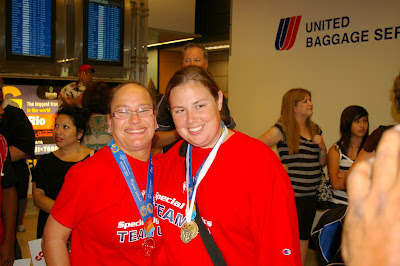 There they stood, proving all doubters wrong,
each athlete with a gold medal dangling from his or her necks.

As we were leaving, I noticed the back of this shirt....and was quickly reminded.... 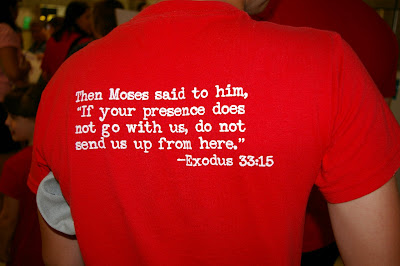 God, Thank You for showing Yourself to each of us, through each other.