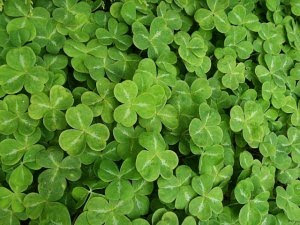 Top of the mornin' to ya!
Who the heck was Patrick and why is he making me eat nasty food, stare at scary green people and drink green beer?

I'm glad you asked...St. Patrick was born in Britain to wealthy parents near the end of the fourth century. He is believed to have died on March 17, around 460 A.D. At the age of sixteen, Patrick was taken prisoner by a group of Irish raiders who were attacking his family's estate. They transported him to Ireland where he spent six years in captivity. During this time, he worked as a shepherd, outdoors and away from people. Lonely and afraid, he turned to his religion for solace, becoming a devout Christian. (It is also believed that Patrick first began to dream of converting the Irish people to Christianity during his captivity.) After more than six years as a prisoner, Patrick escaped. According to his writing, God spoke to him in a dream, telling him it was time to leave Ireland. So, Patrick walked almost 200 miles to the Irish coast. After escaping to Britain, Patrick reported that he experienced a second revelation-an angel in a dream tells him to return to Ireland as a missionary.
Patrick began religious training, for over fifteen years. He was then ordained as a priest, sent to Ireland with a dual mission-to minister to Christians already living in Ireland and to begin to convert the Irish. There were a small number of Christians there when he arrived.

So, why do we celebrate him today?
We honor his faith and his fortitude.
We honor and remember His willingness to listen to God obey Him.

As far as the nasty food and freaky people.....you got me.
Your guess is as good as mine.
All I do know is- 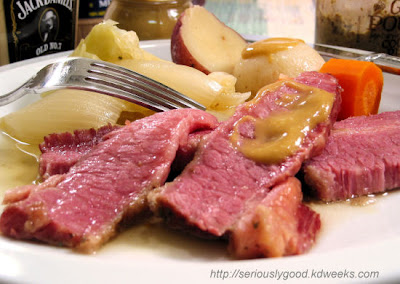 Quite frankly, you can have the whole plate.

Leprechauns completely freak me out. 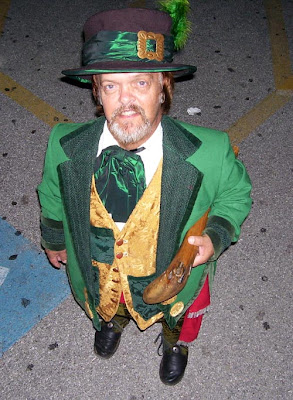 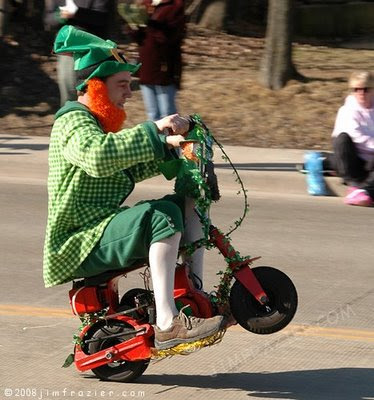 I do have Irish in my blood- and lots of it-
So this glass I say....Here's to you Patrick! 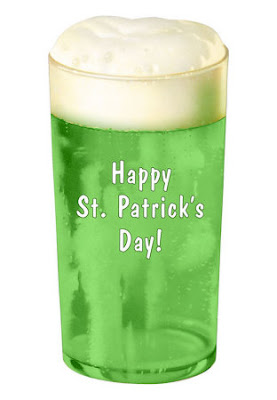 God, May we all have the faith and determination of St. Patrick.