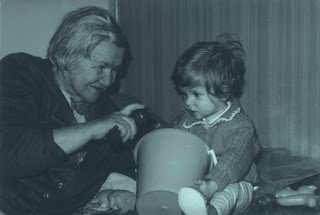 Irena Sendler, a Polish woman who smuggled thousands of children out of the Warsaw Ghetto, during the Holocaust. She saved them from certain death at the hands of the Nazis.
As a social worker, she did not have finances, nor the contacts of Oskar Schindler, to whom she is almost inevitably compared, yet she rescued almost double the number of children, about 2,500 in total. She had the heart of Christ.
The tricks of her trade were not fancy. She used tool boxes, trolleys, suitcases and old sewer pipes to smuggle Jewish babies and toddlers out of the ghetto, undetected by the Nazis. Once they were out, she placed them with Christian families.
She wrote children's names on slips of paper and buried them in jars in a neighbor's yard as a record that could help them find their parents after the war. The jars contained their real and assumed names.
She was eventually caught by the Getsapo...put in prison, brutally tortured and even avoided a death sentence.
Never once did she reveal the names...or compromise her mission, faith or spirit.
(Sounds to me a lot like Paul)
Irena Sendler did not think of herself as a hero. She claimed no credit for her actions.
"I could have done more," she said. "This regret will follow me to my death." in 1965 she accorded the title of Righteous Among the Nations by the Yad Vashem organization in Jerusalem and in 1991 she was made an honorary citizen of Israel.
"I am not a hero," Sendler said. "A hero is someone doing extraordinary things. What I did was not extraordinary. It was a normal thing to do." 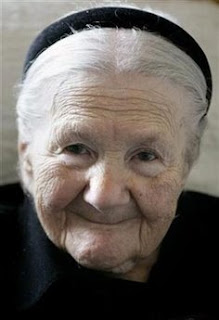 They Will Know We Are Christians By Our Love.
Grace and Peace,
DCC
Posted by Debbi's Blog at 6:21 AM

WOW! Awesome!! May we all think extraordinary things we do for others are normal!!
Thanks, Honey Baby