Nik Wallenda.
Dang.
Did y'all watch it?
The "king of the wire," credited the King of Kings, with his success last night as he crossed a tight-wire the width of a penny from one building to another....
and then to top it off, crossed another one while blindfolded.
This guy literally walked by faith, not by sight. 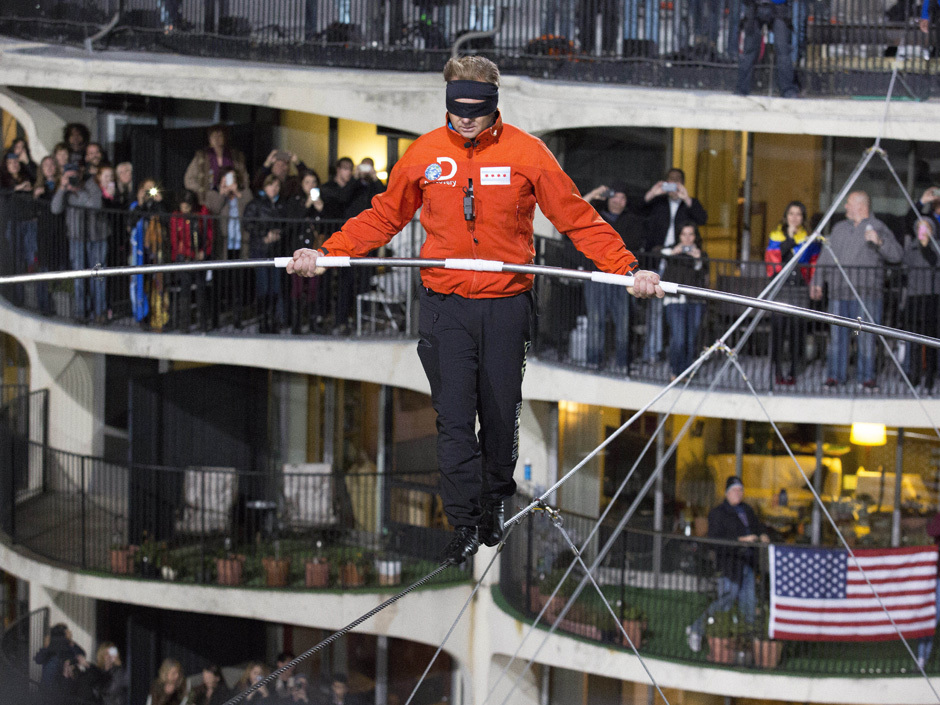 Now, while I am pretty sure I would endure my 9th ankle sprain if I tried a fat curb on Broadway while blindfolded, I am obviously not encouraging any of us to show our faith in this way.
I am however, interested in a certain aspect of this amazing feat.
Nik's father stood at the other end of the wire and guided his son across by his voice. 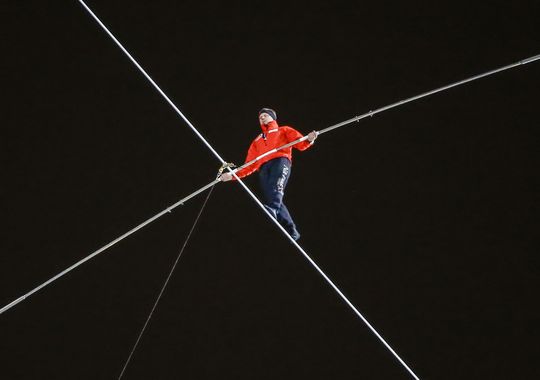 Did you catch that? He walked a tight-wire with the voice of his father to guide him.
His eyes were not able to see any steps ahead,
however, His Dad's saw each and every step.
and his voice is was Nik chose to focus on.

Nik knows what we all should know....our Father's Voice will not lead us astray.
In that voice, there is truth, guidance, encouragement and victory.

While there were other noises cheering him on and questioning his choices, he made sure that one voice was in focus over all of the others.

Nik expressed some concern at one point, and his father replied-
"You're going to be fine. You're looking good. Try and relax a little." 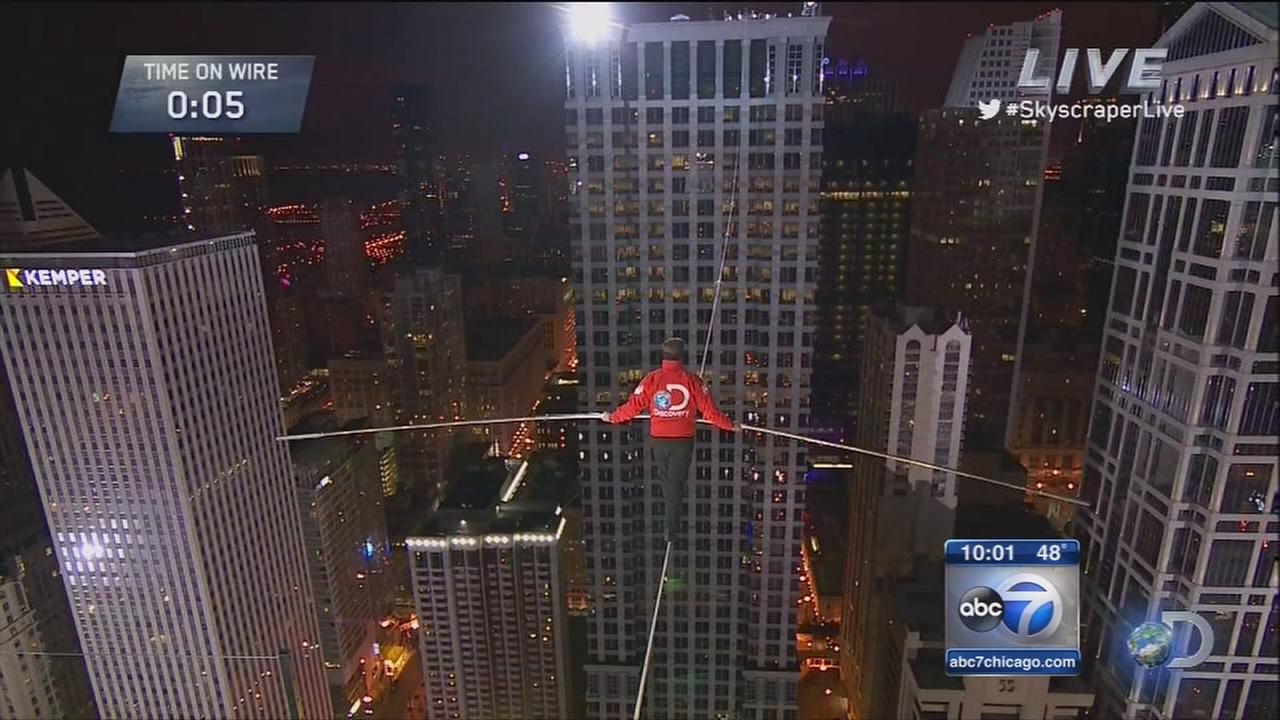 I love thinking that Christ is saying the same thing to me and to you.....
in moments that feel a little wobbly or maybe the wind is too strong...
when other voices and their plans for us seem to make more sense and look easier....


Our Father promises we can trust Him. His Voice is safest and His plans are best.
"...plans to prosper and not to harm, plans to give you a hope and a future."
- Jeremiah 29:11 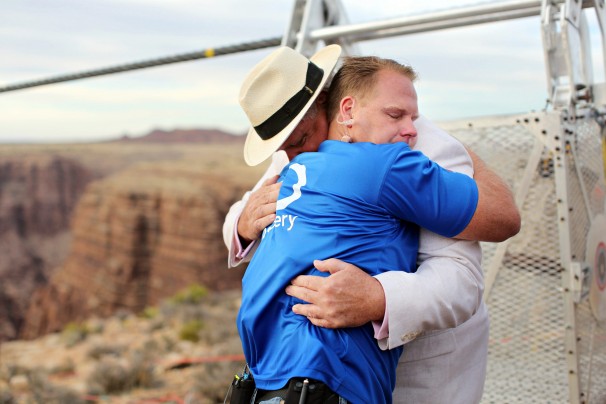 God, Thank You for Your Voice. May we chose to listen to it above all others.