Far be it from me to be a Bible expert- however...I saw things last week.
Some I did recall from the gospel, some not so much.

"This is how the birth of Jesus Christ came about:
His Mother Mary was pledged to be married to Joseph 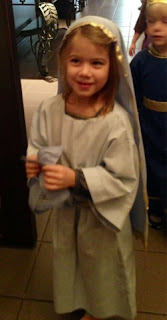 But before they came together, she was found to be with child through the Holy Spirit. Because Joseph her husband was righteous man and did not want to expose her to public disgrace,he had in mind to divorce her quietly....

But he didn't. He trusted God and kept his girl. 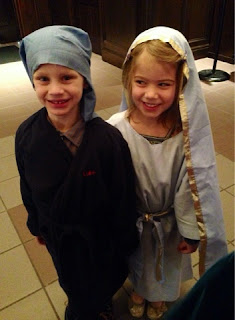 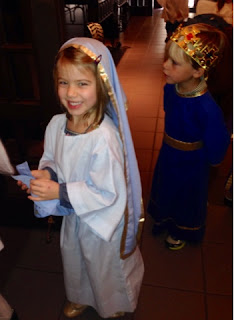 Bad news was waiting for them. As you can see this very angry innkeeper
was just waiting to drop the bad news- "NO ROOMS!"

But, don't worry, there was still good news to be had....there always is with God.

"Suddenly a great company of the heavenly host appeared with the angel,
praising God and saying, glory to God in the highest,
and on earth peace to men on whom His favor rests. 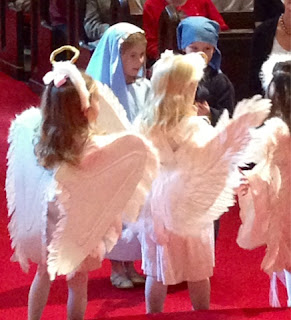 The Angel said to them, 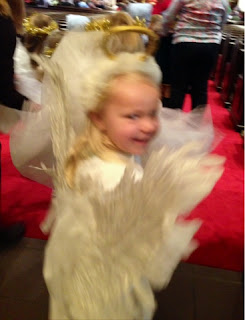 Do not be afraid, I bring you good news of great joy that will be for all the people. Today in the town of David a Savior has been born to you;
He is Christ The Lord." 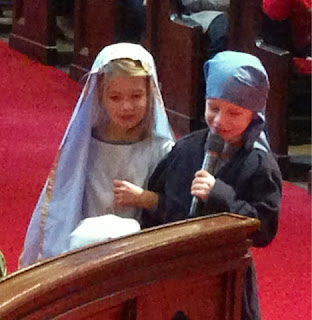 "For unto us a child is born, to us a son is given, and the government will be on his shoulders. He will be called Wonderful Counselor, Mighty God,
Everlasting Father, Prince of Peace." 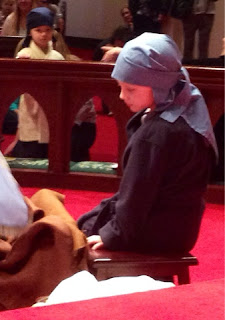 Joseph never took his eyes of his boy. How could he?
His very eyes beheld God Himself.

Then the royals showed up. 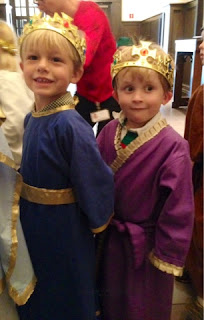 They brought "MUUURRRRR and Julian Gold." 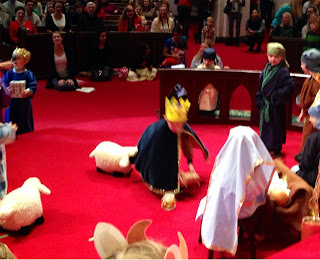 As cows, hyped up on sugar cookies and hot chocolate, looked on...
One of them was devastated that her "tiara" kept falling off.
I didn't have the heart to tell her she was wearing cattle horns. 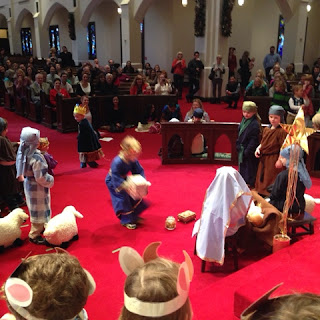 This was when I began seeing things. Things in the Christmas Story I was not familiar with.
Things that Matthew, Mark, Luke or John never bothered to mention.

The angel that pretended she was having a baby just like Mary. 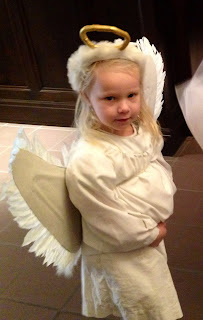 Mary stripped off her "hat and dress" so she could go blow out candles on the altar.
and by ON the altar, I mean, ON. 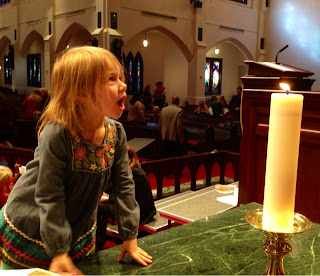 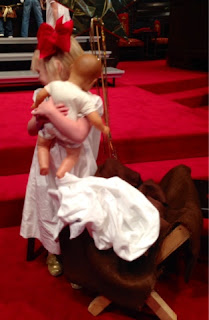 "because Baby Jesus needed to go for a walk."
(apparently Baby Jesus also needed to sit on the altar.
note blown out candle, thank you Mary.) 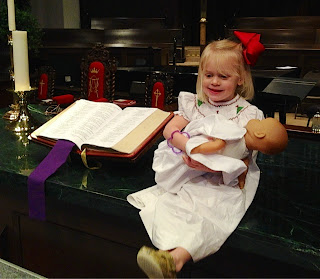 The Innkeeper- left the Inn multiple times to discuss lunch with mommy
Only to return with a "doo-rag" made from his belt. 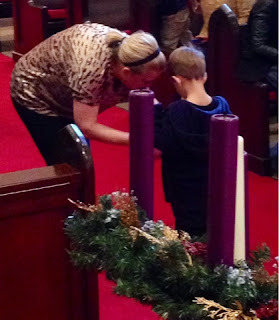 My favorite was...
One of the kings that left the gift exchange in order to go preach a mini sermon
or cure the lame or make the blind see. 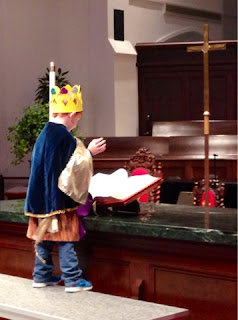 I am still not quite sure. I just know he was suddenly transformed into a hybrid of Benny Hinn and the drum major for Baylor. (Baylor joke credit to Amy) 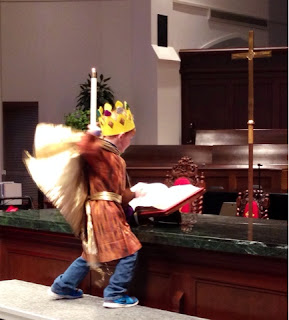 So, to recap......
there were happy kids....They all wanted a piece of Him.
Cows, kings, angels, sheep and shepherds alike.
all wanting to be near the baby or worshipping at the altar. 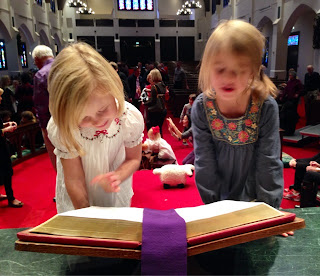 and this is all that matters, right?

God, Thank You for the true story of Christmas.