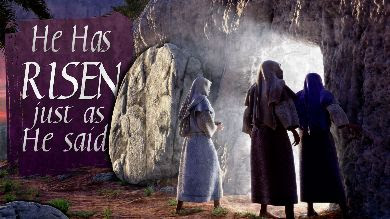 Imagine the disciples the night before, finally passed out from exhaustion & grief...
hoping to dream away the horror of the previous two days.
To forget the faces....the sounds...the smells...
Mary's tears...
Jesus' Voice...

However, when Sunday came,
they woke up knowing the events were not merely a bad dream.
Jesus had died.

"Death has a way of looking like it's going to win,
right up until it doesn't" -Bob Goff


It does not come as a surprise to me that the disciples didn't believe the women's report that Christ had risen. Would you?
They knew that Jesus had been crucified.
They knew he had been taken down from the cross and put into a heavily sealed and guarded tomb. Most of them saw it with their own eyes.
But now the women claimed He was alive and the tomb was empty! 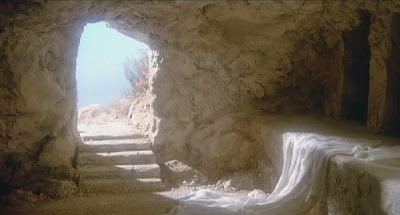 Had their exhaustion clouded the facts?

No. The facts were and still are

....Jesus appeared to them.

Their joy must have been unspeakable!
I know it is unspeakable and indescribable by me, today, some 2000 years later.

All their hopes, shattered two days before, were restored in an instant.
All their fears were now squashed. 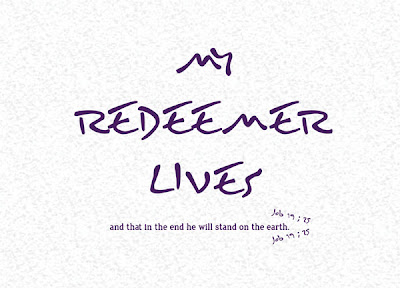 "Heaven unplugged the grave's power cord, and you and I have nothing to fear.
Death is disabled." -Max Lucado


The future was suddenly taken care of.
and guess what...The same thing goes for each of us.
Easter blasts in and announces for every single one of us

Our own resurrection, and restored hope for the world!!!

Christ has died; Christ has risen; Christ will come again!!!

While in Israel a few years ago...Ray VanderLaan told us that he believes
Jesus burst out of that tomb at one second passed midnight!
I loved that vision....BOOM!

"I have told you these things, so that in Me you may have peace. In this world, you will have trouble. But take heart! I have overcome the world!' ~John 16:33

God, Thank You for buying our ticket to back to YOU and back to our loved ones.

In The Name of our RISEN and LIVING SAVIOR,
DCC


Where, O death, is now thy sting? Alleluia!


Once he died our souls to save, Alleluia!


Soar we now where Christ has led, Alleluia!