Show Up and Listen...

You and I have the privilege to do for others what God does for us. How do we show people that we believe in them? 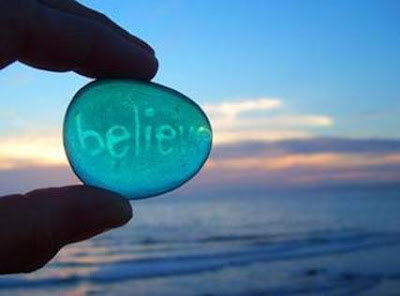 Show up. Nothing takes the place of your presence. Letters are nice. Phone calls are special, but being there in the flesh sends a message. You believe in your kids...you show up...at their games...their plays....their recitals. Do you believe in your friends? Then show up. Spend time with them. You want to bring out the best in someone? Then show up.

Listen up. You don’t have to speak to encourage.
The Bible says, “It is best to listen much, speak little” James 1:19. 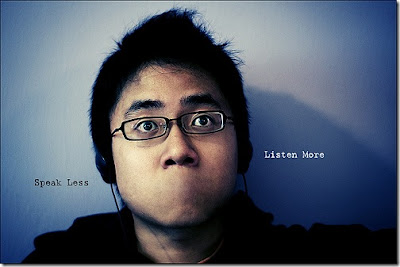 We tend to speak much and listen little. There is a time to speak. But there is also a time to be quiet.
That’s what my father did. Dropping a fly ball may not be a big deal to most people, but if you are thirteen years old and have aspirations of the big leagues, it is a big deal. Not only was it my second error of the game, it allowed the winning run to score.

I didn’t even go back to the dugout. I turned around in the middle of left field and climbed over the fence. I was halfway home when my dad found me. He didn’t say a word. Just pulled over to the side of the road, leaned across the seat, and opened the passenger door. We didn’t speak. We didn’t need to. We both knew the world had come to an end. When we got home, I went straight to my room, and he went straight to the kitchen. Presently he appeared in front of me with cookies and milk. He took a seat on the bed, and we broke bread together. Somewhere in the dunking of the cookies I began to realize that life and my father’s love would go on. In the economy of male adolescence, if you love the guy who drops the ball, then you really love him. My skill as a baseball player didn’t improve, but my confidence in Dad’s love did. Dad never said a word. But he did show up. He did listen up. To bring out the best in others, do the same, and then, when appropriate:

Believe in them as God has believed in you.
~Max Lucado
God, Thank You for the reminder that all You call us to do is, be there and listen.
You will do the work.
In His Dust,
DCC
Posted by Debbi's Blog at 8:29 AM