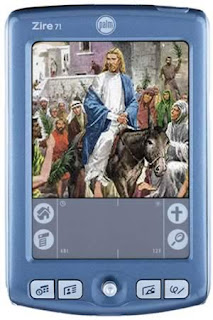 Some things get lost in the translation- such as Palm Sunday.

This is the day Christians call “Palm Sunday.” However, it is much more. If you are familiar with the culture of Jesus' day, you will know it as Lamb Selection Day.
It was on this day The Lamb of God, born in the flocks of Bethlehem, who was sacrificed for all of our sins, entered the city.
This would have been the same day the Passover lambs were being selected for each family group. (similar to how we go out and search for the perfect Christmas Tree.)
As they approached Jerusalem and came to Bethphage on the Mount of Olives, Jesus sent two disciples, saying to them, “Go to the village ahead of you, and at once you will find a donkey tied there, with her colt by her. Untie them and bring them to me. If anyone says anything to you, tell him that the Lord needs them, and he will send them right away.” This took place to fulfill what was spoken through the prophet thousands of years before:
“Say to the Daughter of Zion,‘See, your king comes to you, gentle and riding on a donkey,on a colt, the foal of a donkey.’” 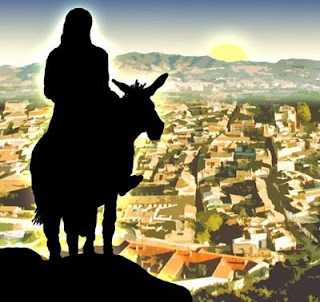 The disciples went and did as Jesus had instructed them. They brought the donkey and the colt, placed their cloaks on them, and Jesus sat on them. A very large crowd spread their cloaks on the road, while others cut branches from the trees and spread them on the road. The crowds that went ahead of him and those that followed shouted,
“Hosanna to the Son of David! Blessed is he who comes in the name of the Lord!
Hosanna the highest!”
When Jesus entered Jerusalem, the whole city was stirred and asked, “Who is this?”
The crowds answered, “This is Jesus, the prophet from Nazareth in Galilee.”
The Jews would have seen a very obvious picture here- Jesus is proclaimed Messiah by the people, in doing so, they were selecting him as the Passover lamb to cover all the sins of the people for all time.
He was from the flocks of Bethlehem, as all lambs were required to be in that time.
You see, early Christians understood this day (which we celebrate as Palm Sunday) as the day in which Jesus was selected to be our sacrifice.
So this Perfect Lamb waits again today....do you chose him? 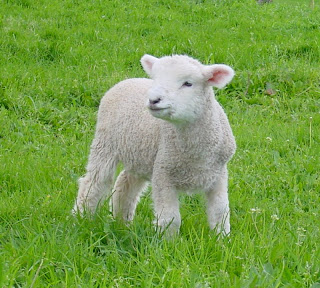 Thank you Jesus , for offering Yourself as the perfect and complete sacrifice for our sins. I choose You.