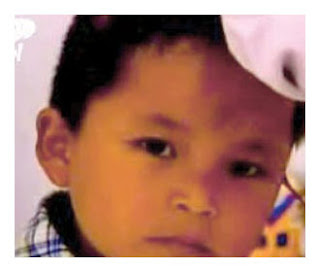 "Greater love has no one than this, that he lay down his life for his friends." John 15:13 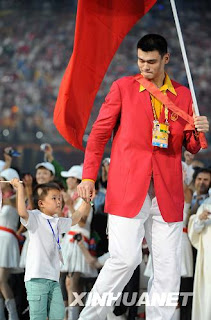 The 9-year-old Lin walked ahead of the 1,099-member delegation, side by side with the 7-foot-6 basketball star, who carried the Chinese national flag.
The boy is being called a hero after he helped save the lives of two of his friends after China's huge earthquake.
Lin Hao was at school in Yingxiu, which was one of the areas worst hit by the powerful quake a few weeks ago.
The building collapsed while he was walking down a corridor, trapping him and two of this classmates.
Lin was injured, but managed to free himself. Then he went back in the rubble, not once but TWICE to carry two of his friends to safety.

He said: "The corridor collapsed as I was walking. Two of my classmates were trapped beside me. I tried as hard as I could to climb out, and after I had climbed out I pulled a classmate out."

Did you catch that? Lin went back in to the collapsed building a second time to help his other friend escape.
Sadly, only 10 out of the 31 kids in his class survived.
Altogether, more than 40,000 people are thought to have died, and millions were left homeless.

Lin Hao was the line leader in his class for the day-and when asked, he said-he went back, "because it was his job."
Isn't this exactly what God did??? He came back to get us! Not because of a job, but because of love. I would like to think that is what the fireworks were all about 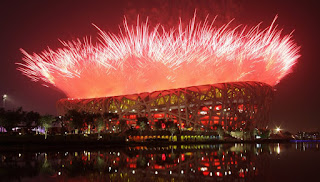